Movie Tour Paris : Discover the must see places in Paris that have inspired filmmakers, television series makers, visit the “sets” that the world of cinema has made famous.

Have a Movie Private Tour in Paris

Enjoy a private tour guide about films and television series in Paris.  You can choose to let yourself be seduced to discover Paris with a private tour guide and have a personalized tour according to the movie you would like to visit the “sets” in Paris. Indeed, Paris is a true film set where the greatest directors from around the world put their cameras down : The Eiffel Tower, Montmartre, its roofs, its streets, its cafés and restaurants, its museums, its monuments, its metro …

Paris has always been a source of inspiration for hundreds of French and foreign directors. Between its architecture and its monuments, its romanticism and its Parisian life style, it is more than 600 films shot in Paris. From the Eiffel Tower to the Cathedral of Notre-Dame, via the Champs Élysées and the Seine, the capital is a production spot where the most important stars of the planet have met. 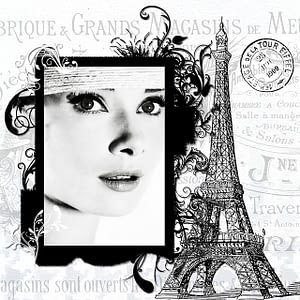 So let’s have a quick look at television series movie Paris shot and think about your private tour :

Among hundreds of films over the years, you probably have your top movie set in Paris. We create unique custom made tours for each client. We have a tremendous Parisian Network. Be cosseted and faithful in our recommendations.

PARIS BY EMY Paris Trip Planner with Private Tours & Custom Made Services
5.0
Based on 8 reviews

Kelly Schroeder
00:54 22 Nov 19
Emy was the reason our trip was so wonderful. My boyfriend and I have never been to Europe and were a bit nervous to... travel. We met Emy on our first day with a beautiful tour and she put our minds at ease. She helped us with tickets to the sites, exceptional restaurant bookings, helped us with maps and suggestions and tips and was there to answer any questions. We could not have been happier with her services and she is a lovely and interesting person to talk with. We highly recommend engaging Paris by Emy! Kelly, United Statesread more

Jillian Sexton
22:28 11 Aug 19
My aunt and I visited Paris for the first time in August. Emy hands down made the entire experience! She's such a warm,... bubbly, and humble person! It's easy to say we are grateful for the experiences we had with her. She made our entire vacation a dream. I am extremely glad my aunt and I were able to meet such an accommodating trip planner, who we now call our friend! Merci Emy!read more

Mark D
17:24 29 Jun 19
Emy is an outstanding tour guide. She offers a complete custom approach to touring Paris based on your specific... interests. Whether you are a first time visitor or returning, Emy will offer a new and bespoke experience each time. Her local knowledge is amazing and a tour by Emy is the best way to experience Paris. - Mark D, Chicago USAread more

George Magulak
17:26 14 Apr 19
Recently, my wife and I made an 8 day sightseeing trip to Paris and wanted to utilize a trip planner to help negotiate... our way to sights around Paris in what was our first trip to this beautiful and historic city. It was our best decision of our stay to enlist the services of Paris by Emy. We immediately felt an immediate connection to Emy as we communicated via email prior to arriving. After arriving Emy met us at our hotel and promptly gave us an overview of the highlights of Paris. We used her services for parts or entirely for 3 days. Emy provided us with suggestions for unusual and historic cafes, unusual local Paris attraction seldom visited by tourists and, of course, all the major attractions with her own thoughts , insights and fun facts into those attraction. One of the most beneficial things Emy provided us with is how to use Paris's version of the subway (Metro) system which proved quite valuable to us. Emy made it clear to us that had we contacted her earlier she could be most helpful in planning daily our entire trip including suggestions on hotels and food. This I do know....Emy loves Paris and she loves people and couldn't be more thoughtful. By the end of our trip we were sad and felt like we were saying goodbye an old friend. We cannot say enough wonderful things about Emy and her services. We will miss her. .read more

Prateek Adhikari
14:31 19 Mar 19
We thoroughly enjoyed our trip to Paris in the summer, it truly was one of the best holidays we have ever had. We drove... to France from the UK, something we hadn't done before as we usually fly to places, but our destination (an hour outside of Paris) was very easy to get to. We were a family of three; me, my wife, and our six year old daughter. I had personally never been to Paris, so wanted to contact someone professional who could arrange all the site tours for us. PARIS BY EMY was the one stop shop for everything we wanted to see. Emy met up with us at the train station when we arrived, was very friendly and kind, and communicated effectively so we got to experience all the charms of Paris. My daughter was keen to go to Disneyland obviously, and she had a blast, but it was a separate trip couple of days before as it took the whole day. From the beginning, we felt Emy's customer service was exemplary, and personally I felt the cost of everything we paid for site tours was rather economical. She really was the best tour guide ever. She was very knowledgeable about the city, and managed to show us everything we wanted all in one day, stopping by picture-perfect spots. We really loved the boat cruise too. I can't recommend PARIS BY EMY enough, we sure will be back. Prateek & Joanna Adhikari Sheffield, UKread more

Reviewer RT
21:36 09 Mar 19
Paris has been my #1 bucket list item for as long as I can remember. Although I normally travel to foreign countries... with a large group, I decided for Christmas 2018 that I would travel to my dream destination with just my husband and my son. Once I started planning the trip; however, I realized that I would not feel comfortable venturing so far away from the United States, with just the three of us touring Paris on our own. As I began to search for a tour guide, I knew all of the things that I wanted to do while there that would make this trip designed perfectly to meet all MY needs (and, because I also enjoy shopping; I didn’t want to be stuck with a traditional sightseeing tour). From my very first contact with Emy, I was absolutely sure that she was the ideal person to provide the services we required. I had told her exactly what our desires were for the visit, then she provided us with a detailed itinerary which outlined not only how we would be spending our time while there; but also adding in many very helpful tips and informative facts that we were able to benefit from during the duration of our stay. Emy absolutely LOVES the career that she has chosen, knows so much about this wonderful city, and there was an immediate connection as soon we met. She made every effort to do everything she could to insure a successful, safe and memorable time for each of us. So many positive words come to mind in describing her: enthusiastic, kind-hearted, patient, understanding, trustworthy, dependable, and so much more! She even made herself accessible by offering her support if we were to run into any problems as we left Paris to journey further in Europe. Her services went far beyond what I had anticipated, or what was required. This family vacation was my absolute BEST ever, because we were fortunate to locate Emy as our private tour guide; and it is without any reservations that I highly recommend her to meet all of your travel needs too.read more

Prince Ellis
03:11 08 Nov 18
I visited Paris with students for a program. Emy saved our trip with her worth of knowledge and dedication to her work.... She was very professional, team player, and flexible. I highly recommend her for all your travel needs and logistics. Thanks Emy.read more

|Le Procope| Famous French restaurants in Paris : Le Procope is certainly THE café restaurant in Paris you HAVE to… [Read more]

|Voltaire Icon of Paris| Voltaire is a humanist who fought all his life against religious fanaticism and for freedom. Author… [Read more]

|Famous French Couples| Love story in Paris : A passion transformed into an unbreakable link - The grave of Héloïse… [Read more]

Facts about the Eiffel Tower

This website uses cookies to improve your experience while you navigate through the website. Out of these cookies, the cookies that are categorized as necessary are stored on your browser as they are essential for the working of basic functionalities of the website. We also use third-party cookies that help us analyze and understand how you use this website. These cookies will be stored in your browser only with your consent. You also have the option to opt-out of these cookies. But opting out of some of these cookies may have an effect on your browsing experience.
Necessary Always Enabled
Necessary cookies are absolutely essential for the website to function properly. This category only includes cookies that ensures basic functionalities and security features of the website. These cookies do not store any personal information.
Non-necessary
Any cookies that may not be particularly necessary for the website to function and is used specifically to collect user personal data via analytics, ads, other embedded contents are termed as non-necessary cookies. It is mandatory to procure user consent prior to running these cookies on your website.
SAVE & ACCEPT